This week, we were lucky enough to speak with the 2015 winner of the Wales Book of the Year, Cynan Jones. C 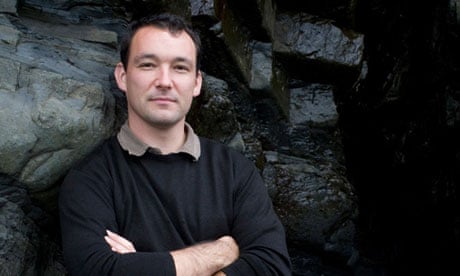 Granta Books have recently republished his first two novels, and Cove, his next, will be published in Autumn 2016.

Did you write stories from a young age?

I didn’t think so. I remember I used to draw, all the time. But a while ago I found some drawings Mum had kept since I was little – 4, 5 years old. On the back of many of them were the stories of what was happening in the picture. I don’t remember writing them, but clearly the drive to tell a story was there very early. (Even if the spelling wasn’t).

Later, when I did ‘write a story’, I did it utterly. I sat down and filled up a whole exercise book with an epic tale, writing from sun up till bedtime. My best works were ‘Cest Aracus and the Men with the Evil Eyes’ (circa 9 years old), and prior to that ‘The Secret Crystals’ (circa 8 years old) – a sprawling tale of three owls saving the world from evil…

Have you always aspired to be a writer, or was it something that came later in life?

It came later. It wasn’t so much that I ‘became a writer’; more that everything else fell away to leave it the only thing I really wanted to do very much. Once I had the suspicion I wanted to take writing seriously, I gave myself two years to write a novel. If nothing came of it, I would grow up and do something more sensible. I was 22 when I made that decision but also recognised I had no real idea how to write. So I decided to set myself up as a freelance copywriter for a few years to learn (the hard way), and to give myself from 28 to 30 to write a book. The Long Dry was written, in ten bizarre days, at the very end of those two years after five years of experience copywriting.

This one could be difficult for your modesty, but when did you realise that you were good at writing? Has it always felt natural, or have you had to train yourself and your craft to feel confident in the process?The act of sitting down and concentrating for a long time has always come fairly naturally to me, so that part of writing wasn’t a problem. I’ve always turned the world around me into the backdrop to make-believe. And, as someone who always read voraciously, I’ve inherited the basics of how to put one word after the other. But that’s not enough. To write well a writer has to get beyond their words. The words should, ideally, hit the page the way a piano player’s fingers hit the right keys. That way, the concentration can be on the story and how most strongly to deliver it, in the way a musician should be concentrating on the music they’re producing, not the technique they’re trying to perform.

However much natural talent you have, you have to work a great deal to master the craft. The more natural talent, perhaps, the more work needs to go in to being able to convert the potential of that talent.

You are described as ‘a writer of short novels’ on your website. How does your approach change depending on whether you’re working on short fiction or a novel? Do the forms pose different challenges, and which do you prefer to write?

The story is god. The story itself will demand what approach is taken to tell it, and if you try to ignore that it will throw a tantrum. So! In the case of a short novel – my preferred form – implication is key. There’s no time to go off on tangents, or spend chapters filling in backstory – everything has to be delivered economically, placing great trust in the reader to make connections, fill in blanks, and understand emotional repercussion instinctively. Those restrictions make a real demand on the writing that I think helps deliver a tension and engagement into the story.

How did you learn how to write?
I’m still learning. But the basics – other than reading, reading, reading. See above! Copywriting. I had to write what the client wanted. That took any sense of prose being precious away, and very quickly taught me the basic carpentry of writing. How things hold together, how words themselves are tools to do a job, not objects to be wondered at. Too many people don’t take this first most basic aspect of the craft seriously enough.
What’s your writing schedule/process like?In an ideal situation, I do all the thinking before going near the desk. Build the story in my mind then hold it there, meanwhile doing any research I might need. When it feels ready – which can sometimes be a very long process – I sit down and write like I’m remembering. Or watching. Try to put the story down as clearly and strongly as I can.

At the point of ‘writing down’, I generally work quickly and intensely to start with. The basic body of a novel goes down in around three weeks, but it can be months of tinkering – mainly with structure and balance – before a piece starts to feel right.

Do you have another job besides writing?

It’s only recently I’ve not had other work, and have to concentrate fully on writing. Before that I did pretty much anything that didn’t have a contract so I could dip out of paid work and write when a story was ready to write down. Amongst other things, I’ve been a supply teacher, builder’s labourer, freelance wine presenter. I’ve worked as a mentor in a Pupil Referral Unit, run a wine business, stood in as a kitchen porter… I’ve recently also become suspicious that though it’s the ideal all us writers aim at – to live only by our pen – it’s actually not very healthy to do so. You blame yourself for not getting on with writing, rather than the world.
The Dig concerns itself with badger baiting. Was that a subject you had to research, or were you already well aware of it? 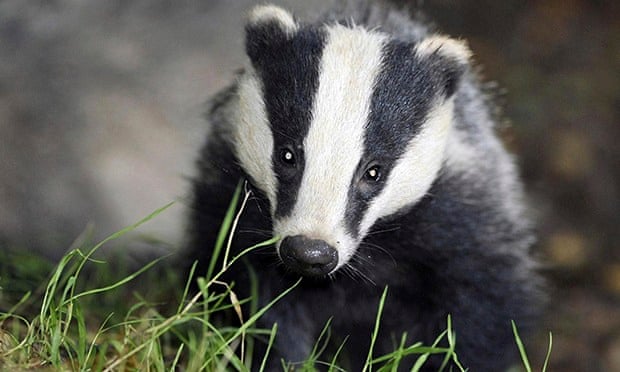 Growing up here I was always suspicious of the number of dead badgers on the road. In 40 odd years I’ve never come close to hitting one in a car. The important thing was to put the facts behind that suspicion, so I researched the badger baiting and attendant dog breeding culture heavily, and was very much helped by the local badger rescue team.
Your website tells us you’re currently working on a new book. What stage are you at with the new project? Can you tell us anything about it?Cove is signed off, in the first stages of proof reading, and scheduled for Autumn this year. A man goes out on a kayak and gets hit by lightning. That’s all I’m saying about the plot. It’s the most difficult thing I’ve ever written.

Who are the writers that are most influential to your style?

Everything you read influences you, even the back of a cereal packet. There’s also the writers who influence you by writing a way you really don’t like. The important thing is to read everything. Read constantly!

Can you name any writers that people wouldn’t expect to be influential to you?

What are you reading at the moment?

Name one book that everyone has read, but you haven’t. A book you’ve always been meaning to read, but never got round to it.

Great question – I’m reading Catch 22 for this very reason! Actually, the ‘been meaning to read’ thing is something I determined to address a few years ago. Particularly with big books. I now read a “big” book I should have read before every Christmas. The last few years: The Count of Monte Cristo; Moby Dick; East of Eden. Next year Joyce’s Ulysses!

What’s the hardest thing about writing?

What’s the easiest thing about writing?

Hanif Kureishi claimed that 99.9% of his Creative Writing students are ‘untalented’ and said that writing a story is “a difficult thing to do and it’s a great skill to have. Can you teach that? I don’t think you can.”

What is your stance on the ongoing argument that ‘writing can’t be taught’?Someone with no talent can learn to play the violin or throw a clay pot. They just don’t do it very well. To a degree writing is also a technical skill, and some of those techniques can be taught. The question for me is not can you teach it, but should you teach it.

If you could have been the original author of any book, what would it have been and why?

When I was little and I used to run around the garden playing football, I never pretended to be Ryan Giggs scoring a goal. I was me scoring a goal. Because I loved goals. I write because I love to read. I feel quite lucky that I still want to write because I love the act of writing itself. I’ve never been primarily driven by ‘being published’ or ‘being an author’; likewise, I’ve never read a book and thought: ‘I wish I’d done that’. What does happen is I read a book (having now written a few myself) and think: ‘How the hell did they write that!?’ – Richard Brautigan’s So the Wind Won’t Blow it All Away and Colin McAdam’s A Beautiful Truth for example.

We are a creative writing advice platform, so it would be criminal not to ask you for some sage advice on writing. Do you have any advice for aspiring writers?

The rule I set myself when I started writing seriously: write as well as you can; everything else is a side effect.

Many thanks to Cynan for taking the time to speak with us. We wish him all the best for the publication of Cove and very much recommend you pick up a copy!

Let us know what you think Cancel reply